Two budgies are on a perch.

One says "Can you smell fish?"
C

These are the pie-rates of the Caribbean.

This came up on my FB feed today 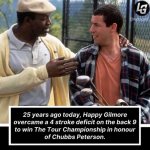 I hope they're available in larger sizes lol, who's hiding now

Seemingly the lost Voice Guy is looking for a new voice, can I nominate Tashyboy

jim8flog said:
Your Vaccination Hotel Quarantine team are ready to welcome you

View attachment 35029
Click to expand...
This is probably going to be a stupid question but who is the bloke on the left?

Smiffy said:
View attachment 35077
Click to expand...
This supposed to be a "Laughter" thread, not a "What I do in my spare time" thread. Nice selfie tho' Smiffy.

Shrove Tuesday yesterday and I got home really late.

I didn't want to wake anyone, so I slipped a couple of those thin French pancakes on my feet...

And creped up the stairs.

I will definitely get ma coat!

Shamelessly stolen but..
I'm going to take something up for Lent...it's been that kind of year.?

Missus asked me to bring something home from the shops for the pancakes last night.
She went berzerk when I came home with a new bra for her...
😳😳😳

A priest, a minister and a rabbi walk together into a blood donation centre. The nurse asks them what blood group they are.
The rabbit says I’m probably a type O.
R

The phrase “Who goes there?” has been around for sentries.
B

rulefan said:
A priest, a minister and a rabbi walk together into a blood donation centre. The nurse asks them what blood group they are.
The rabbit says I’m probably a type O.
Click to expand...
Do you not remember the joke that set this whole thread going
S

rulefan said:
A priest, a minister and a rabbi walk together into a blood donation centre. The nurse asks them what blood group they are.
The rabbit says I’m probably a type O.
Click to expand...
And you still got it wrong
R

Tired of constantly being broke and stuck in an unhappy marriage, a young husband decided to solve both problems by taking out a large insurance policy on his wife with himself as the beneficiary and then arranging to have her killed.
A 'friend of a friend' put him in touch with a nefarious dark-side underworld figure who went by the name of 'Artie.' Artie explained to the husband that his going price for snuffing
out a spouse was £10,000.
The Husband said he was willing to pay that amount but that he wouldn't have any cash on hand until he could collect his wife's insurance money. Artie insisted on being paid at least something up front, so the man opened his purse displaying the single £1 coin that rested inside.

Artie sighed, rolled his eyes and reluctantly agreed to accept it as down payment for the dirty deed.

A few days later, Artie followed the man's wife to the local Tesco Supermarket. There, he surprised her in the produce department and proceeded to strangle her with his gloved hands.
As the poor unsuspecting woman drew her last breath and slumped to the floor, the manager of the produce department stumbled unexpectedly onto the murder scene. Unwilling to leave any living witnesses behind, ol' Artie had no choice but to strangle the produce manager as well.
However, unknown to Artie, the entire proceedings were captured by the hidden security cameras and observed by the shop's security guard, who immediately called the police. Artie was caught and arrested before he could even leave the premises.
Under intense questioning at the police station, Artie revealed the whole sordid plan, including his unusual financial arrangements with the hapless husband who was also quickly arrested.

The next day in the newspaper, the headline declared...