I played a seniors match yesterday and my playing partner brought along a bag of woods he'd found while clearing out his recently deceased Aunt's house for me to see if I wanted any.
Most were early 2000s metal woods but among them were these three Laurie Auchterlonie woods.

They must have once belonged to his uncle who was apparently a decent player.
The shafts are True Temper Pro-Fit "S" flex which I date as being 1959 at the earliest so the clubs are either from that year or the early 1960s. They're a bit of a throwback in style with no inserts and straight swept sole plates.

The stampings have been lost to varying degrees during the refinish but on one of them you can still make out "Mastercraft" as being the model. I have a picture of the matching irons on file, also shown below.

I can only assume that the uncle had the woods refinished when he stopped using them and they haven't been hit since, I intend to rectify that situation soon. 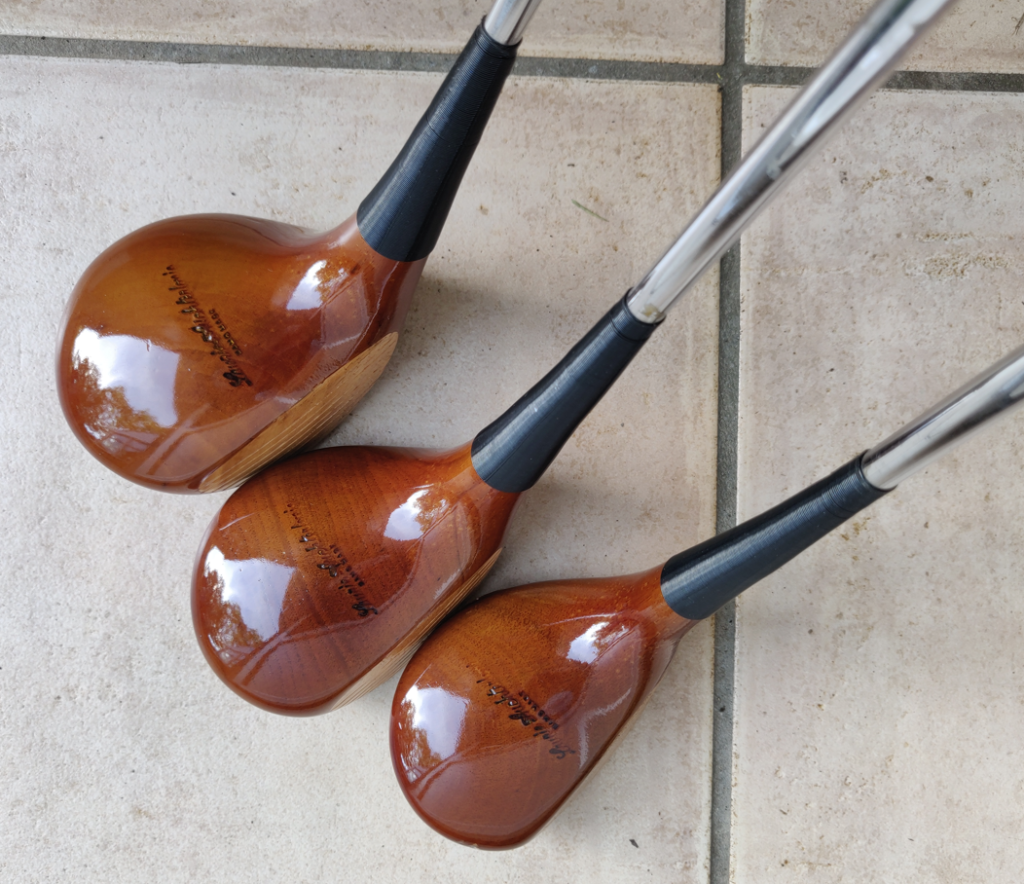 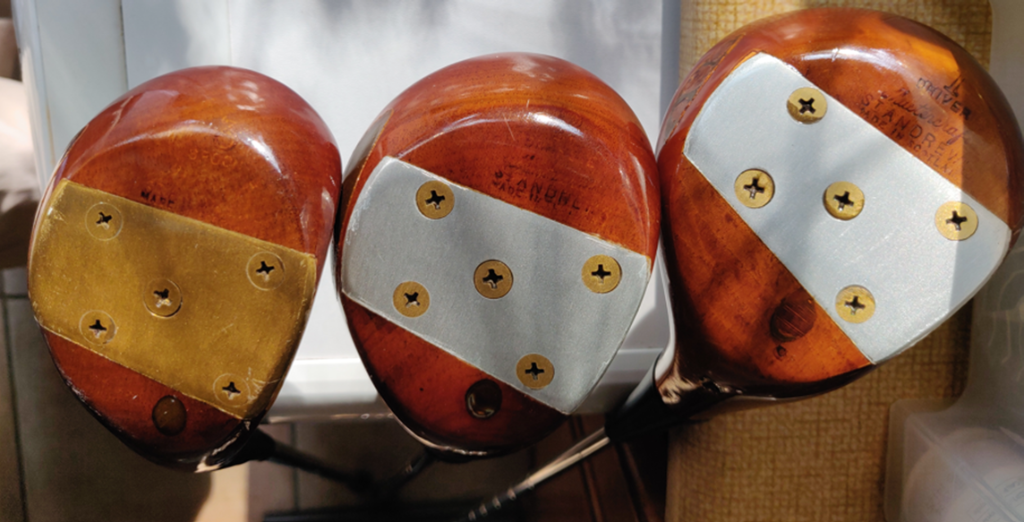 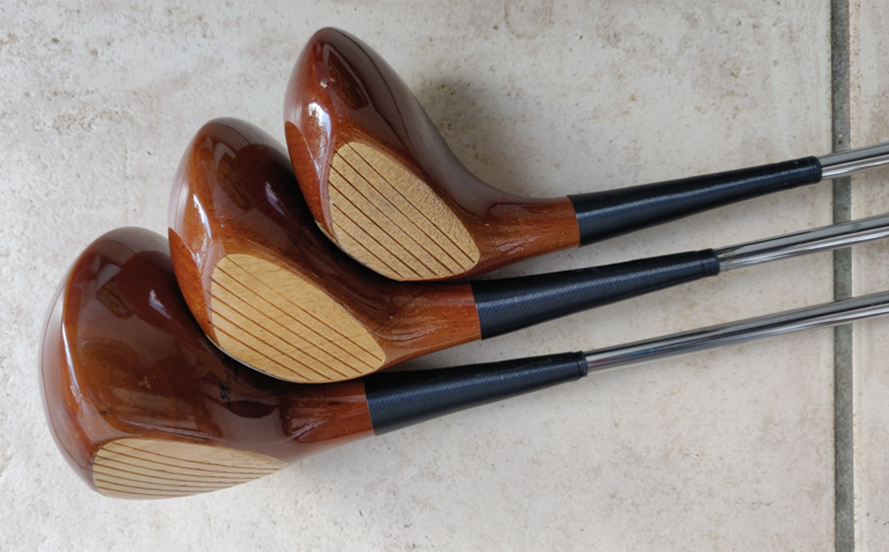 Collected today from only 8 miles away, another ebay purchase. Set of Slazenger B51 Mark 2 irons 3-SW.

These should go nicely with Slazenger Accupower woods from post #908 bought in January.

Voyager EMH said:
Potentially a really good complete set of Dunlop Peter Thomson.
Problem 1 - collection only in South Wales.
Problem 2 - only one photo - so unsure of condition of faces.
Problem 3 - only a few hours to go.

EDIT: another week to go. No bids first time round.

Took the above Slazenger Accupower woods and B51 irons out for 9 holes on my own this afternoon. First go with these clubs. Did the one-man two-ball scramble format.
First shot was struck well but started high and left and went even further left - a gonna. Over-compensated with a farty effort into the right rough with second ball. Went for a safe second shot with a 4-iron down the middle then had a go with the 5-wood out of the rough - hooked it to nearly out of bounds. Two sand iron shots from the fairway both found the green, but neither very close - bogey.
Parred every hole after that except the par-3 4th where I holed a birdie putt at the second attempt. Level par for 9 holes overall. Six greens in regulation. On the missed greens there was one bogey, one I putted from just off and one was down in two from 25 yards.
Short irons look and feel very lofted - possibly PW 50d and SW 58d. A full 8-iron shot into a breeze pitched at about 125 yards.
Woods took a bit of getting used to as I was tending to hook. No problems with the irons right from the start. I like this set.
You must log in or register to reply here.
Share: Facebook Twitter Google+ Reddit Pinterest Tumblr WhatsApp Email Link
Top