Val said:
Horrible game yesterday but now all to play for in the final test
Click to expand...
Sadly I suspect a knock on of 2 teams undercooked in preparation

Hogg needs to spend all week catching high balls - he was awful and it will be a repeat tactic from SA.

Piece said:
Another really ugly game of rugby. War of attrition
Click to expand...
Oh for a Gareth Edwards going over in the corner try!! Rugby Union is heading in a bad direction

Sincklers been cited for biting now 😱🤯

video looks inconclusive but he doesnt have the cleanest track record and seems to be being found guilty already. I hope he isnt, if he is it is soooooooooooooo stupid

How to spoil a rugby match
Probably 4 minutes of rugby in 18 minutes played.
Pathetic tackling by the Lions for the try.

Another turgid game of rugby. Thankfully that series is over. 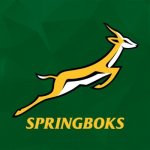 A win against the Lions is an amazing feat. I’ll take it whatever way it comes.

I still don’t think the tour should have taken place though. It should have been postponed to next year.

I hope that SA don't get invited to the 6N, bore fest zzzzzzzzzz.
World rugby need to look into and ban some of their antics.
Disgraceful.
H

spongebob59 said:
I hope that SA don't get invited to the 6N, bore fest zzzzzzzzzz.
World rugby need to look into and ban some of their antics.
Disgraceful.
Click to expand...
While I get what you're saying...

The lions should have gone in at half time today 3-20. The non-conversion of the 2 on 1 on the right wing was criminal. Being infront if the posts and going for the corner, understandable but stupid.

The main organiser of borefest rugby in my eyes is Gatland.

Anyway, positives...? Lawes is a monster. Finn Russell was sublime today. No rugby in 6 weeks, I think it was. Comes on after 11 minutes and puts in that performance.

Undoubtedly they should have been out of sight at the half, once again within minutes of the second half we had the fake medics, water carriers and stud changes. This needs to be clamped down on. SA should enter the NFL us they want to play like this.

Morne Steyn bookended his career with 2 penalties to beat the Lions. Pretty awesome.

spongebob59 said:
https://rugbyonslaught.com/the-moment-that-finally-proved-this-lions-tour-was-a-farce/
Click to expand...
This onslaught guy is an absolute clown. His page is so unbalanced that he has fallen off the reality spectrum.
Last edited: Aug 8, 2021

South Africa deserved it over the 3 tests. Says everything when the Lions only scored 2 tries over 3 tests and both through the forwards.

Some may disagree but I remain of the opinion that this tour has done more harm than good to the Lions and rugby. Poor test matches between under prepared sides, poor attitude from the management on both sides, constant niggling on and off the pitch, matches slowed down, no fans, no community interaction, no traveling (so hardly a tour) and just none of the joy that a lions tour brings to the host nation. Should never have happened but it is over now so hopefully everyone gets home safe and well and we can look forward to the new season.

For me, this was an unimaginative Lions squad, selected by a man living off past glories. He tried to beat SA by out-playing them at their own game, always a recipe for disappointment. Then for the last test he selected a team to play a totally different game plan. They had not trained for it, were uncomfortable with it it and consequently made errors trying to execute it. If Russell had not come on we would have seen another easy SA win.

Gatland's day is over, was actually over before this tour started. Rugby has moved on, but he has not.

The Lions board is not up to the job. An eight game tour is not a realistic Lions tour, and the board should accept that, telling the three SH nations that the Lions concept has run its course, and that without reversion to a full traditional tour the Lions will disband. If other nations disagree or feel left out, they should arrange their own multi national equivalents. A pan-European quadrennial tour, France, Italy, Georgia etc could generate a similar cycle of interest.

This about sums it up :


When British and Irish Lions historians look back on the 2021 tour to South Africa, they will have to say that no part of it was ideal. Much of this was due to the Covid pandemic, but some were of their own and the Springboks’ making.

Limited positives were that the tour was completed, and it was competitive on the field. Of the many negatives, two tries in three Tests (none by a Lion’s back) is not going to advance the cause of the Lions, or rugby in general, when it is compared to summer of thrilling sport elsewhere.

The post-match reactions of both sets of players showed that it was a series that had meaning for them and, even though they are professionals, they should get credit for making the tour work, under very restrictive and unenviable conditions.

Let us get last Saturday out of the way. Forced into an early change of focus when Dan Biggar limped off, the Lions were stimulated by Finn Russell’s arrival, and he galvanised their game in several ways.

His very presence meant South African defenders did not drift off him, knowing he is capable of exploiting any small space offered by a defence. With that fraction of extra time Russell’s distribution enabled the Lions to vary where their ball carriers were tackled, a point I have laboured over the last few weeks because of its importance.

As Russell attracted defenders and organised runners off both shoulders, he moved the ball inside and out meaning the Lions ball carriers got across the gain line consistently and from subsequent phases got quick ball. The difference between the previous week, and even the first 10 minutes, was significant enough to embolden the Lions and put the Boks firmly on the back foot.


Although the Lions recorded a first-half try, they left at least 10, and maybe as many as 17 points off the scoreboard by missing penalty kicks, missing a walk-in overlap, being penalised in the act of driving a maul over the line and declining to take kickable penalties.

After half time, and when the benches emptied, momentum gradually swung back in favour of South Africa, aided by the fact that the Lions again eschewed several kicks at goal and then did not score. The wisdom of these decisions is quite simple: they are only right if you score. The Lions didn’t and that kept the Boks in touching distance.


Kicking the penalties would have created scoreboard pressure and South Africa would, at some point, have had to expand their game. As it was, they did not have to depart from their kick and chase game, which gradually wore down the Lions. Add to this another individually brilliant try from Cheslin Kolbe and that was it, the Lions lost by three points.

Overall, and leaving aside the debatable officiating decisions and doubtful decision-making, the fact is that over the three Tests the Springboks were the better team. They were only marginally so, but at this level that is all that is needed.

When the Lions reflect on their performances, they will see that they simply did not create enough try-scoring chances and for far too many minutes of every game they were either forced or chose to play at a tempo which suited South Africa. Only in the second half of the first Test and the first half of the third did they move the Springboks out of their comfort zone.

Last Saturday, unlike the first Test, they did not score enough points when they were dominant. Only when Russell came on did they have sufficient variety in their points of attack and they should feel that they missed several opportunities to win this series.

History will also record that this was a series played against a sour background where officials were blamed for the results, rather than the failings of either team, which is where the real problem lies.

The behaviour of Rassie Erasmus, and, to a much lesser extent, Warren Gatland was unedifying and what World Rugby chooses to do about this and other issues needs scrutiny.

There is no reason to have waterboys who are also members of the team or management – leave the players to play and coaches to coach. If not, why not get rid of all this artifice and make it official for players to be wired-up to their coaching teams like the NFL?

There is also nothing positive to come from allowing anyone officially connected with a team to ignore official channels and make social media the avenue of complaint about any aspect of the game. When you raise points like this you are always accused of overreacting but, honestly, where do you think all this will lead if unchecked?

Why did they not kick the pens? Seemed odd to me and I am just a watcher than an expert of the game.